So I haven't posted here in a while not because I haven't done any development but I haven't really had the time. The reason for this is quite simply, it's my final year of college and there's a lot of work to do especially to do with my final year project. I thought I'd do a quick post detailing some of the open source development I've been doing over the last little while.

I've added a few more languages contributed by the community, specifically Russian & Brazilian Portuguese. Brazilian Portuguese being a little bit tricky since it doesn't have a standard 2 letter language code like all the other languages added so it took a bit of trial and error to figure out the code KDE wanted. For future reference for anyone googling this because they have the problem its:

Also while I haven't added it to the installer inside of dolphin yet. A new branch has been created at thebehest of a user using dolphin with Ubuntu's unity. It removes the program's reliance on klipper, kde's clipboard manager, using xclip & autocutsel in its place.

I've contributed to https://github.com/rikai/JBAR-Firefox but only in a very minor way. I've done some minor bug fixes on the android app and there's a bug that I still need to fix in the Java ME but considering it has a user base of me and like one other person I'm taking my sweet time getting around to it. I was contributing to https://github.com/dominickm/jupiter_broadcasting_mobile_community, a HTML5 mobile app but that project now seems dead. Hopefully some one will pick it up or I might jump back into it after college. I still have commit access to the repo and am willing to merge any pull request sent so if anyone wants to give it a go don't be shy.

I don't want to say to much on this in case some idiotic piece of academic software accuses me of plagiarizing myself but I'm writing a system to perform the distributed cracking of office documents(MSOffice, PDFs, ODFs) on a network of raspberry pi computers. 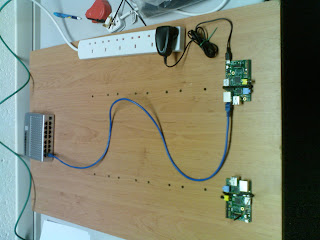 I'm using John the Ripper as the base cracker for my final year project. Unfortunately I didn't discover it could crack documents until I'd already nearly finished some ODF cracking software. Actually the only thing left to do is finish the AES encryption which would be nearly pointless since all the lastest releases of OpenOffice & LibreOffice use Blowfish for encryption but I digress. This was more than a little irritating as it was thought that I might have to expand the project but for now helping John's development with a focus on office documents should hopefully be more than enough. You know along with a system to allowing for it to be distributed over a network with a really pretty web UI. So far I've created this https://github.com/ShaneQful/npdf2john_ruby. A PDF parser which takes out the necessary information from a PDF for decryption and passes it to John in the format in needs. Which lead to my first bit of code actually in John :)

but more importantly it was the last thing they needed to get rid of the older pdf format which only supported up to PDF specification 1.4 and move to the newer format which supports all PDF's ie. up to 1.7.  I would like to point out at this stage that obviously most of the work on the newer PDF format was not done by me but by Dhiru. Who was amazingly helpful along with everyone else on John's mailing list when I asked about how things worked and what I should focus on in order to improve John. In fact I really think John is a great example of a project which is really easy to get involved in with and has what seems like a really nice development community.

There were other things but I think I've yammered on log enough. Anything else will probably be on my github page.