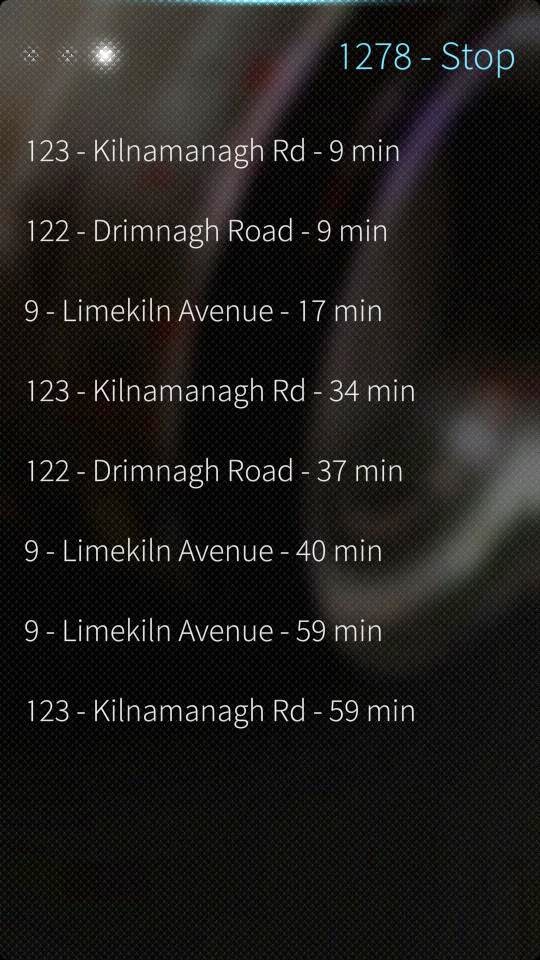 It is free and open source, the code is available on github and bitbucket. I'll probably write a post in the future about how it all works but for the moment I'll just  list a few of the features and say a big thank  you to the National Transport Authority and Dublinked for giving me API access.

Features:
I'll be adding plenty more features at a later date but this should give user the basic functionality they need from an app such as this.
Posted by ShaneQful at 23:49 1 comment: