In the recent Haapajoki 2.0.5.6 Sailfish update, certain location and mapping APIs were removed. This had consequences for several apps but specifically it broke BikeMe, the app which I was using to check whether there was bikes available on the dublin bikes scheme. I'm sure this will be fixed soon by the author of BikeMe as there has been regular updates to the app but as I use dublin bikes on a daily basis I needed a replacement.

First, I looked at "CityBike'me" but unfortunately the dublinbikes datasource appeared to be broken in this app so I decided to roll up my sleeves and write my own. I thought that since BikeMe would be fixed soon enough. I'd only need something simple for my own needs and MVP to get through the time while BikeMe wasn't working. So I found an API to use and decided I just wanted a list of stations with how many bikes/spaces were available with a quick station view to how extra information like how old this information was and the location on the station on a map.

A couple of hours, hacking about later I came up with SailBike Dublin, screen shots and a link to the github repo can be seen below. It's very much a stop gap but hopefully it helps a few other people out as well, I've released it on the Jolla harbour it'll be up as soon as it's passed QA. As with all software which I release opensource, it's MIT licensed. If anyone needs one for their city, let me know. It's fairly trivial to make a version which isn't Dublin specific.

Unfortunately as I've recently dropped my Jolla (cracking it's screen) and missed out on the Jolla C device program this will most likely be my last app for Sailfish OS. Unless of course, the program reopened before I end up replacing my Jolla with an Android phone. 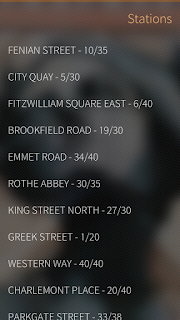 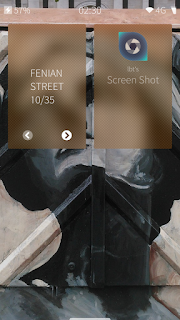 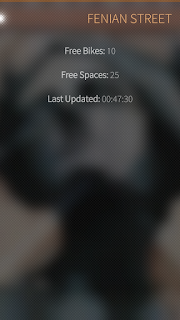